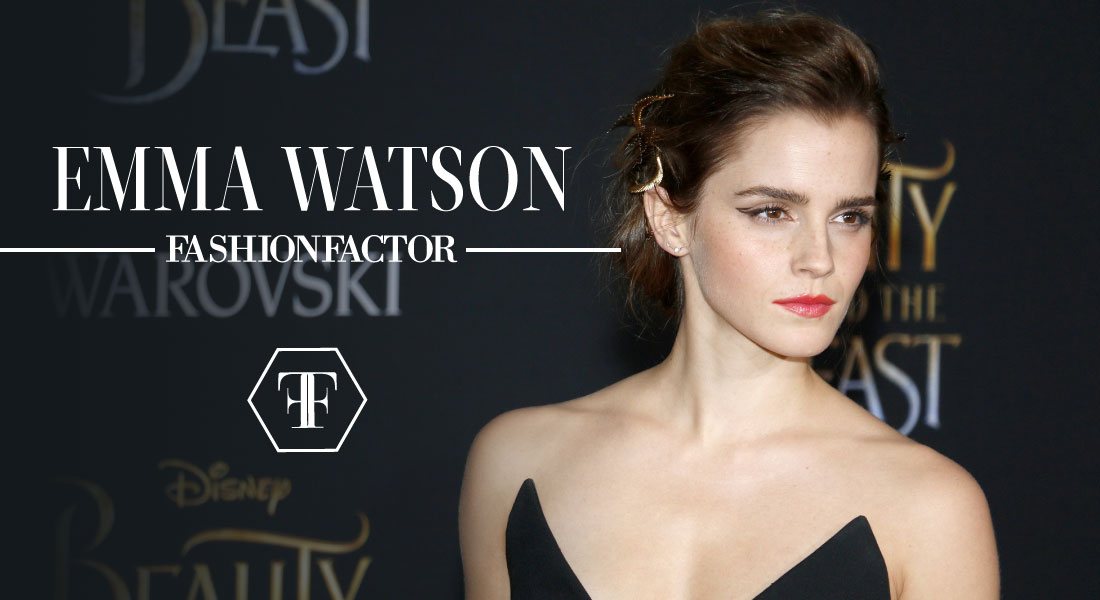 “I think it is right that I should be able to make decisions about my own body.”

British actress Emma Charlotte Duerre Watson was born in Paris in 1990 to Jacqueline Luesby and Chris Watson. This 27-year-old is known worldwide for her role as Hermione Granger in the Harry Potter saga alongside actors Daniel Radcliffe and Rupert Grint. She continued her film career with roles in films such as My Week with Marilyn, The Perks of Being a Wallflower, and Sofia Coppola’s film The Bling Ring. In 2017 she starred in the live-action Disney fantasy remake of the Beauty and the Beast.

Although Emma’s main interest is acting, she has also successfully ventured into the world of modeling. Her passion for fashion has made her into a fashionista. Emma began her modeling career in 2005 with a photo shoot for Teen Vogue. But it wasn’t until to 2009 that she enters the world of high fashion when she was selected as the star of Burberry’s Fall/Winter campaign. Also in 2009, she began working alongside People Tree, a fashion label that promotes fair trade, in creating an eco-friendly collection of clothing, in order to raise funds for the People Tree Foundation. In 2011, she was named Style Icon of the year by British Elle and became the new face of the French brand Lancôme.

Her contemporary classic style makes her very attractive for some designers who love young women and know how to offer them with equal strength those two sides of fashion.

It hasn’t been easy to leave behind her character from the Harry Potter saga and create a new image. However, her talent, beauty, and youth have given the opportunity to create her own style and reinvent herself with her clothing and haircuts.

Emma is characterized by her classic beauty, and a great personality that we see reflect in her looks. She has an exquisite and elegant taste that is admired by many. Her philanthropic ideals, her activism in defense of women’s rights and her beauty have conquered both the public and brands like Burberry and Lancôme. This is Emma Watson a woman who embodies the elegance of the golden age of Hollywood, but with the strength and talent of the new generations.

Indeed, her excellent performances aroused the interest of the fashion industry. Brands compete with each other to dress her for any kind of event. This is not only because of the visibility and exposure they get from it but also because in doing so they share and support the values that this British actress represents. It is very rewarding for all of us to see celebrities embrace humanitarian and social causes, to see them use their power and influence to better the world.

Emma is very self-aware of the power that her position gives her. She has committed herself to use that power to better the world. She has dedicated her efforts towards promoting women rights, gender equality, and homosexuality but also to fight against racism and poverty.

This British actress has become an international fashionista and influencer. She has been using her celebrity status to promote sustainable fashion and eco-friendly brands. She is showing us and the whole world, that it is possible to look beautiful and stylish, while at the same time protect the environment.

In conclusion, her Fashion Factor is her elegance, her marvelous performances and her commitment to social and environmental causes. All her hard work seems to be really paying off, just this past May she won the first gender-neutral prize at the MTV Movie Awards for the best performance in Beauty and the Beast. She was ecstatic about the award and not just for the obvious reasons: “MTV’s move to create a genderless award for acting will mean something different to everyone. But to me, it indicates that acting is about the ability to put yourself in someone else’s shoes and that doesn’t need to be separated into two different categories”.

¡We love Emma Watson as a performer, model, and human being!