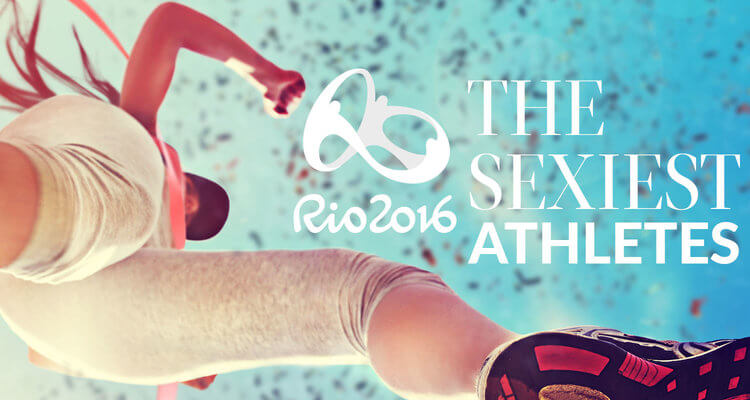 The Olympic Games of Rio 2016 are the most important sporting event on the planet this season. A meeting that brings together competitors from every latitude with the sole purpose of winning one of the converted gold, silver or bronze medals that are in play. Among hundreds of athletes, there is a special group that we are going to put in the Fashion Factor Top because of their beauty, body type and charisma when performing both inside and outside the stadiums of Rio de Janeiro.

Their discipline and physical preparation are evident, they have toned arms, defined waists, abdomen, and legs as a result of their persistence with their exercise routines and their commitment to a well-balanced diet.

The spectacle that stems from their looks and the beauty of their movements has awakened passion and admiration from both men and women who enjoy their performance.

This beautiful woman is part of the USA women’s soccer team. She is a forward for the Orlando Pride in the NWSL. She has an Athletic body with very defined legs and arms, and her back, thanks to the exercise, is a little wide. The toughness she displays in the field blends with a strong and appealing femininity.

Ivanović is a professional tennis player that stands out because of her aggressive game. At 6 feet tall, her athletic and slender body, with little definition in the waist and her powerful physique are unmistakable when she enters the court. For the worldwide audience, Ana is one of the most beloved tennis players among the Grand Slam stars. On the other hand, she is admired for her philanthropic practices.

Carvalho is one of the top athletes representing Brazil. At 6,1 feet tall, she is part of the Volleyball team. She has an Inverted triangle body type, where the shoulders are a little wider than the hips, her legs are thin with little derriere. Her Latin style, the exotic air that her olive skin, her dark hair, and enviable features give her, is enough for her to be one of the main guests to this Fashion Factor Top of Olympic beauty.

This blonde with green eyes competes in the long jump. She has won two gold medals in European indoor championships. Darya is the only Russian track and field athlete in Rio 2016, a responsibility and honor that she defends with strength, speed, and power at the moment of the event. She possesses a Rectangle type of body that is characterized by having a straight figure in which the shoulders and hips are aligned while the waist is more or less straight. Her body is defined and clearly toned.

This American born Canadian, who plays as a defender for the Houston Dash in the NWSL, is representing Canada in Rio 2016. Lauren is strong and agile in the field, where she stands out for her character and determination while her femininity shines when she interacts with the media. She has an Average type of body in which her lower part looks a little wider than the upper part. The most important aspect is to harmonize the volumes of the body and fit the waist.

This sensuous and seductive athlete is part of Brazil’s volleyball team. At 6.4 feet tall she is an excellent hitter and a wonderful blocker which makes her shine in each game. Her bronzed skin, tattoos, and the Latin flavor that she projects in the court are igniting the arenas of Rio. Thaisa has a curvaceous and voluptuous body, and also a small waist. This type of body is considered to be one of the most ideal in the fashion field.

One of the most attractive women in Rio 2016 is Allison Stokke, a young and beautiful athlete that represents the USA in the pole vault event. Allison trains very hard in order to get big results in any stage. When she jumps and runs in the tracks her body is just as attractive as when she wears a swimsuit at the beach during her vacations. She has an Athletic body type in which her legs and arms are well toned and defined.

Aggressiveness, resistance and character are attributes of this high performance athlete that represents the USA in women’s boxing. This beautiful competitor, in her category of 132 lbs, will always be a favorite wherever she goes and puts her fists into action. She knows how to balance toughness and sensuality in an athletic body, with strong wide shoulders with volume, just as her legs. Her body type is very much like the Model type of body, but more muscular.